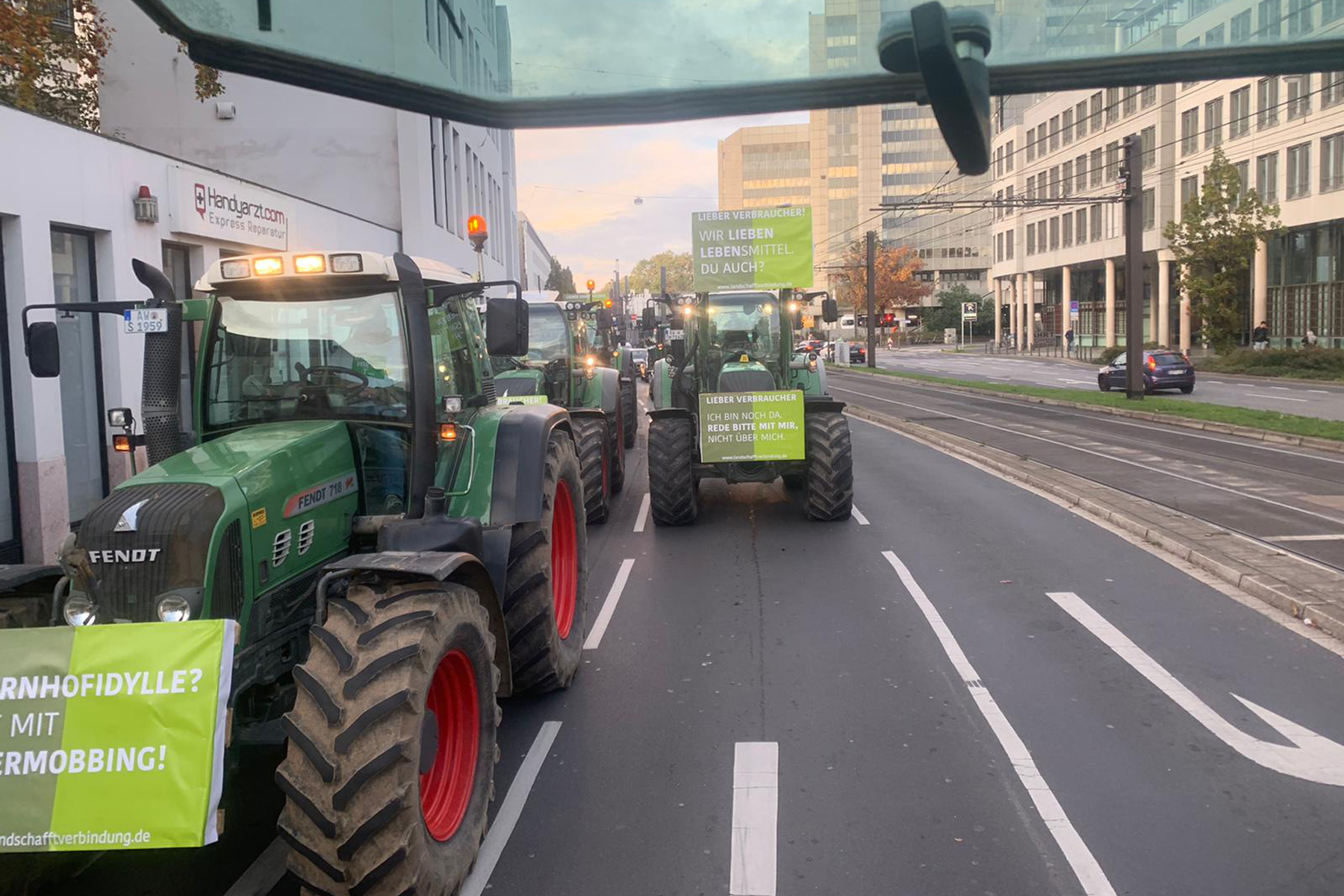 When these two call, they all come running. In December, German Chancellor Angela Merkel and Federal Minister of Food and Agriculture Julia Klöckner invited more than 40 agribusiness associations to the Chancellery for an »agricultural dialogue«. This is clearly in response to the continuing protests from the agricultural sector which recently mobilized the masses. Thousands of farmers see themselves confronted unwarrantedly with accusations such as being at least partly responsible for the large-scale decline in insect populations or maintaining inadequate husbandry conditions for their animals. They are also calling for a rethink of agricultural policy. In particular, farmers are annoyed by governmental measures for insect protection and the recently tightened ordinance concerning fertilisers, as for many farmers these put too much of a limit to the room for manoeuvre. Therefore, tens of thousands of participants gathered in Berlin alone at the end of November to vent their dissatisfaction.

At the beginning of the agricultural summit, Chancellor Merkel showed understanding for the farmers cause. Ms. Merkel made it clear that the government does not see agriculture as the root of the problems mentioned. Nevertheless, nature and wildlife conservation must not be ignored, the Chancellor said. She also stressed that the agricultural sector plays a very important part in society. Among the many different points noted at the summit is the implementation of a so-called “Commission for the future of agriculture”, which by involving practitioners, scientists and societal stakeholders will work on establishing practical ways for a future agriculture that is both productive and resource-conserving. In addition, the Federal Ministry plans to establish a national dialogue forum on agriculture to improve mutual appreciation between society and farmers. The first such event will be at the International Green Week in Berlin in January. Chancellor Merkel and Federal Minister Klöckner also plan to initiate a meeting with the retail sector to discuss the problem of dumping goods, especially meat products. Animal welfare cannot not be had for free, said Ms Klöckner. The next agricultural summit in autumn 2020 will discuss the results and progress achieved so far.